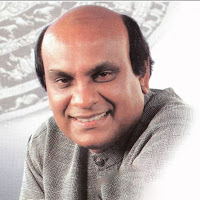 A couple of years ago, an article in Irida Divaina taught me that a work-of-art, be it a poem, song or whatever doesn’t entirely belong to the creator. Once it is given, it’s owned by the recipient. It’s the recipient’s song. Thereafter, It seems that there is no writer or musician behind most of the songs sung today. The good thing is creator isn’t destroyed. Entirely. People wish sometimes that great people be elevated to his rightful place among literary greats. And maybe because of this very reason the writer or lyricist of any creative form is mentioned before it is sung or played. They are often remembered. Praised- In volumes of word and anecdote.

I remember the early mornings and late evenings, when we had an old Sony radio. Which use to function way better than the one we have at the  present.  I remember Amaradewa, Nanda Malini, Somathilake Jayamaha, Kapuge, Rohana Baddage  and many others over the then Radio Ceylon , Broadcasting Cooperation. And among them was Sunil Edirisinghe. Whose songs, I cherished the most. The radio played a greater part in life. This is how I got trained to the song and lyric.

Much later, I learned to appreciate the song better. I became an avid musical show-goer. I witnessed Sandakadapahana thrice, a solo performance by Sunil Edirisinghe. Different days. Different lyrics. Different genres. Always surprises. Between empathy and artistry. So much of lively observation. Intellectual grasp. And Cultural tensions. And the radio became a memory awakening. Eventually.

On a rain-drenched day in 2012, I attended ‘Sunila Vila’. It was an exercise of celebrating 41 years of Sunil Edirisinghe’s singing, which also included the launch of ‘Sunila Vila’, a comprehensive guide to his songs collected and compiled by Pushkara Wanniarachchi. Jayalath Manoratne dabbed the narrative using his musical fact and drawing experiences he has had with Sunil Edirisinghe. Among them was Rohana who had much to share. He recalled the days when he turned up to make music for Sunil’s songs.

Saputhanthri is well aware of the reality in life. He thinks that at some point in life for what we do, we are pained.  He is acutely conscious of pain the world is made of.  And pain   itself is consumed alone. What is most profound in him is that he realizes victory and happiness is illusion. He humbly accepts that what we call ‘sapa’ or luxury in life is temporary satisfaction. And greed serves nothing in the long run. His reflections on this subject are textually powerful.


He educates and is educating his audience. Especially for those who don’t know that happiness births   from vedanawa (pain or sorrow). The writer tells us. More often, those who love sob too hard. To love means sorrow. There is heart tremble and dismantled mind. There is terror, fear and longing.

The truth is, some things in life just don’t come to us.  To reach love’s preferred destinations (or in search of happiness) we got to survive the thorn –road. Saputhanthri understands it. So intimately.

Absence, sorrow and despair. When people leave we learn the heavy words. She loves you. Yeah, Yeah, Yeah .Or he loves me. Love? We were and are desperate to grow up and find out about this thing.

She appeared in the strangest ways. And left In most common ways. She disappeared like the mist that wipes away mountains. She’s gone like the rainbow erased by cloud wave.

His expression of poverty is fascinating. Saputhanthri has captured capitalism in a few chunks. Sensitive. And empowering. He is bestowed with words that roll out effortlessly. He affirms that there is a line dissecting the impoverished and those enriched. 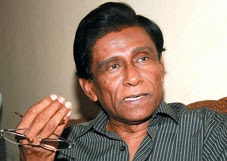 This line struck me the most: මලට කලින් අපි තැලිලයි පූදින මල් තලන්නෙ. Kumaradasa Saputhanthri points out that a toddy tapper extracts the sap of a cut flower in a palm tree even before it sprouts entirely. It’s a directive. Tight rope walking is a play between life and death. Ra is there bread and butter. And then they die with no comfort in life. Like the thal mala that gets crushed half way through its birthing and never gets to see the world outside. The key word ‘thalila’ hints the hardships of those undermined in society. Well he uses, අපේ දුකට හඬන මලේ කඳුලයි පැණි කෙරෙන්නෙ as a metaphor clearly, referring to that only the thal mala tears on behalf of them. Its tears that turn to white liquid (Ra) is what really survives them. No one talks about them now. It’s a matter of selectivity. For one who is meticulously observant would know. Like him.

Saputhanthri comes, in strange ways. This was my fourth time witnessing Sandakadapahana. Taking off from different lyricists to different times the show came to a halt. The commentator thus ended the show: may all beings gain wisdom. Sunil Edirisinghe switched his voice on. It was a song written by Kumaradasa Saputhanthri. The song minisa suwandayi mala se.

The song speaks of man in plenty. A world that gave birth to man, whose wisdom glared like sun and breath so fragrant like of a flower .Subsequently blemished. Ravaged. Stole lives and divided territories. Let us not forget the boxing days we have had. Those days when ordinary shopkeepers were burnt alive, leaving neighbor’s life in turmoil. When people were killed in thousands and thousands. We still live in an era that constitutes civilized bulletins.

Saputhanthri’s lyrics are a timely intervention. Backed by reality and truths.  And of course Sunil Edirisinghe will give voice to his words and keep singing to us. Sunil exists where Saputhanthri is. Hearts blended. We are certainly a blessed nation to have such people anchored by thought and song.